Whereas Windows 8 Pro comes bundled with Microsoft’s Internet Explorer 10 browser, Ubuntu comes with a wide assortment of open-source software packages such as Firefox, Thunderbird, LibreOffice, and more, offering both individual and business users a pretty full suite of functionality. 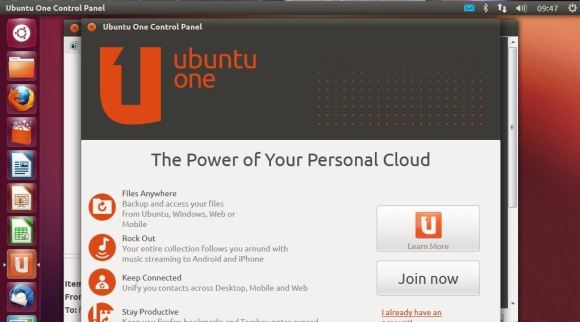 Similar to Microsoft’s SkyDrive, Ubuntu One allows users to back up and access their files from Ubuntu, Windows, the Web, or a mobile device.

Beyond those bundled programs, both Ubuntu and Windows 8 offer app stores to help users find the additional software they need.

Dating back to 2009, the Ubuntu Software Center now houses more than 40,000 apps, ranging from games to productivity tools to educational resources. In addition, by using Wine or CodeWeaver’s CrossOver, you can run Windows programs on top of Linux.

The Windows Store just launched with Windows 8, and at the time of its debut it included just over 9000 apps. Microsoft execs have said that they hope to provide 100,000 apps in the Windows Store within 90 days of the Windows launch.

Operating system binaries and drivers, however, will not come from the Windows Store. Rather, it will have both Windows RT (ARM) apps and Windows desktop (“legacy”) apps. Entries for legacy desktop apps in the Windows Store will take users to separate sites where they can purchase or download the apps. Ubuntu’s repository, on the other hand, centrally stores all operating system and app binaries and drivers.

As a result, aside from numbers, a key difference between the two app stores involves security. Ubuntu provides a GNU Privacy Guard (GnuPG) keyring-protected repository system wherein each application and driver has a unique keyring identity to verify its authenticity and integrity as having come only from the Ubuntu repo system. The keyring method of protection has been highly effective at ensuring that no rogue applications find their way into the repo—or onto users’ PCs.

Historically, Microsoft Windows has lacked such a keyring-protected repository. Although Microsoft does support its OS with monthly Windows Updates, no comparable third-party vendor support for updates exists. Because of this situation, users have had to venture online to obtain their own third-party-supported updates manually at separate websites. The Windows Store was developed to mitigate that risk and is specifically designed to curate apps, screen apps, and provide the capability to purchase apps. Time will tell how well it succeeds.