Although Windows RT apps run within a sandboxed environment for greater security, Windows 8 Pro desktop legacy apps have no equivalent. Instead, third-party software developers are left to their own devices to add security measures to their apps.

Windows 8 and Ubuntu Linux provide their own firewalls, however, as well as the option for full disk encryption.

Despite the fact that Windows 8 Pro offers some security improvements over Windows 7, the new OS still carries forward with the WinNT legacy kernel, which is at least partially responsible for the litany of security issues Windows has suffered over the years. 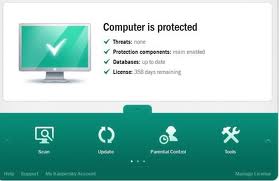 To mitigate some of those issues, Microsoft created in conjunction with partnering OEMs Secure Boot, an extension to UEFI. Windows 8 now provides Secure Boot support on OEM systems, while Ubuntu 12.10 offers a raft of advanced security features such as support for installation with Secure Boot systems.

Just as an aside, it’s interesting to note that, each year at Pwn2Own, hackers get a chance to hack Windows and Apple Mac systems, but Linux is not included in the contest. No exploit can escalate against (and gain root privilege on) Ubuntu Linux running AppArmor-sandboxed Firefox.